Last night Project Veritas released their exposé on massive systemic vote fraud taking place in Ilhan Omar’s congressional district that was being carried out by her campaign.  The video exposé details proof of a massive illegal ballot harvesting campaign, massive numbers of out-of-state voters being brought in and vouched for without proper identification, and proof of voter intimidation where people were bullied into giving up their mail-in ballots, along with widespread vote buying schemes.

The video actually shows a campaign worker driving around with a car load of illegally obtained absentee ballots while the man rants about how its all about the money.  This story is easily one of the biggest news stories of the year.  Within hours of the release, the video on Twitter racked up millions of views.

Presently, the video on Twitter has over 3.8 million views, yet the same video released on YouTube at the same time has less than 500k views.  This is what you get when you search for “Ilhan Omar ballot harvesting” on YouTube: 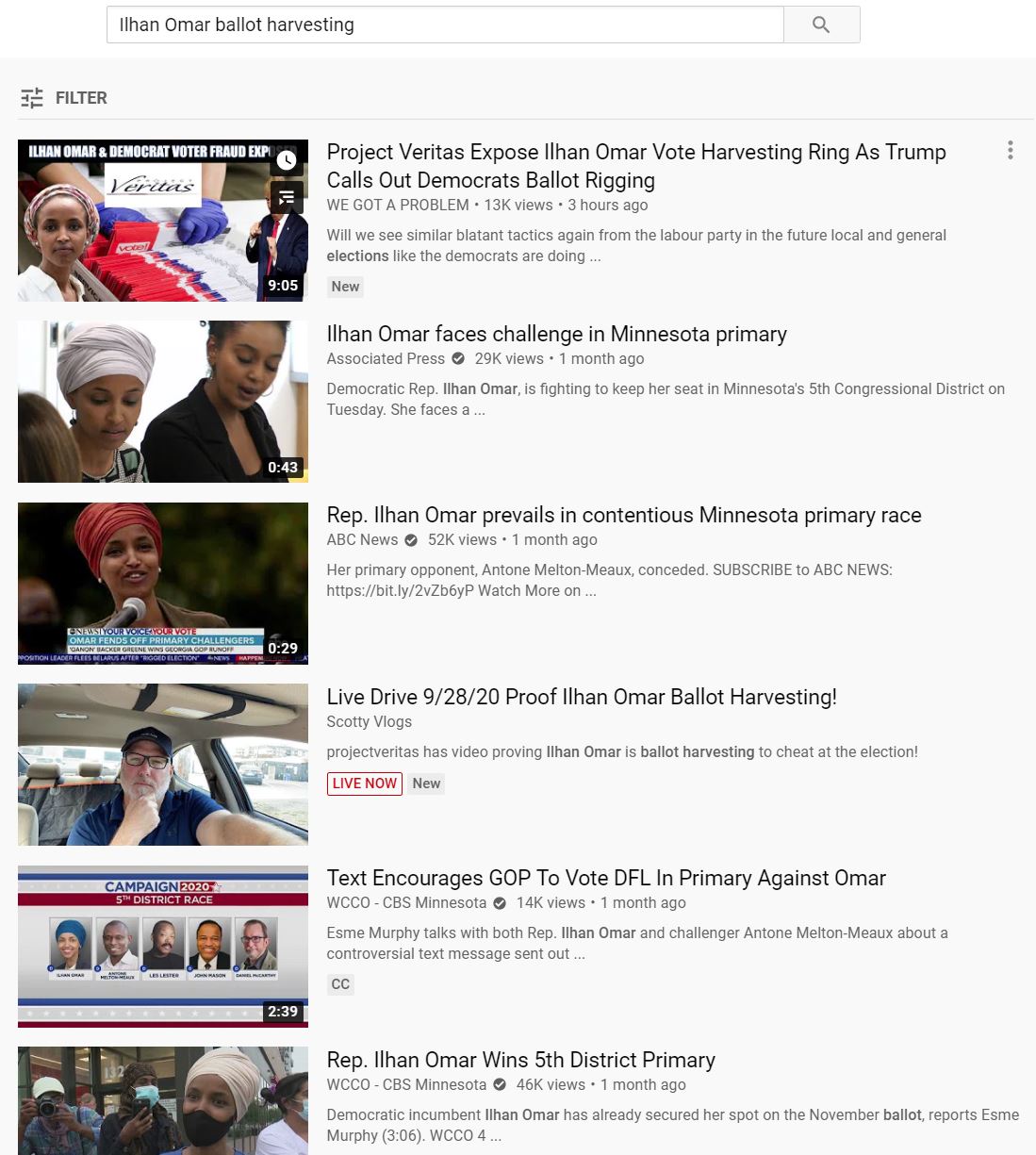 The Project Veritas video doesn’t even come up in the search listings, yet the title of the video is “Ilhan Omar connected Ballot Harvester in cash-for-ballots scheme: ‘Car is full’ of absentee ballots”.

This is what the second page of results for Google News looked like, which are results 11-21 of the search.  The first page contained links to the NY Post, Daily Mail and Newsweek.  No ABC, NBC, CBS, MSNBC, CNN, Fox News, OANN, Washington Post, NY Times, LA Times or other major media outlet were listed. 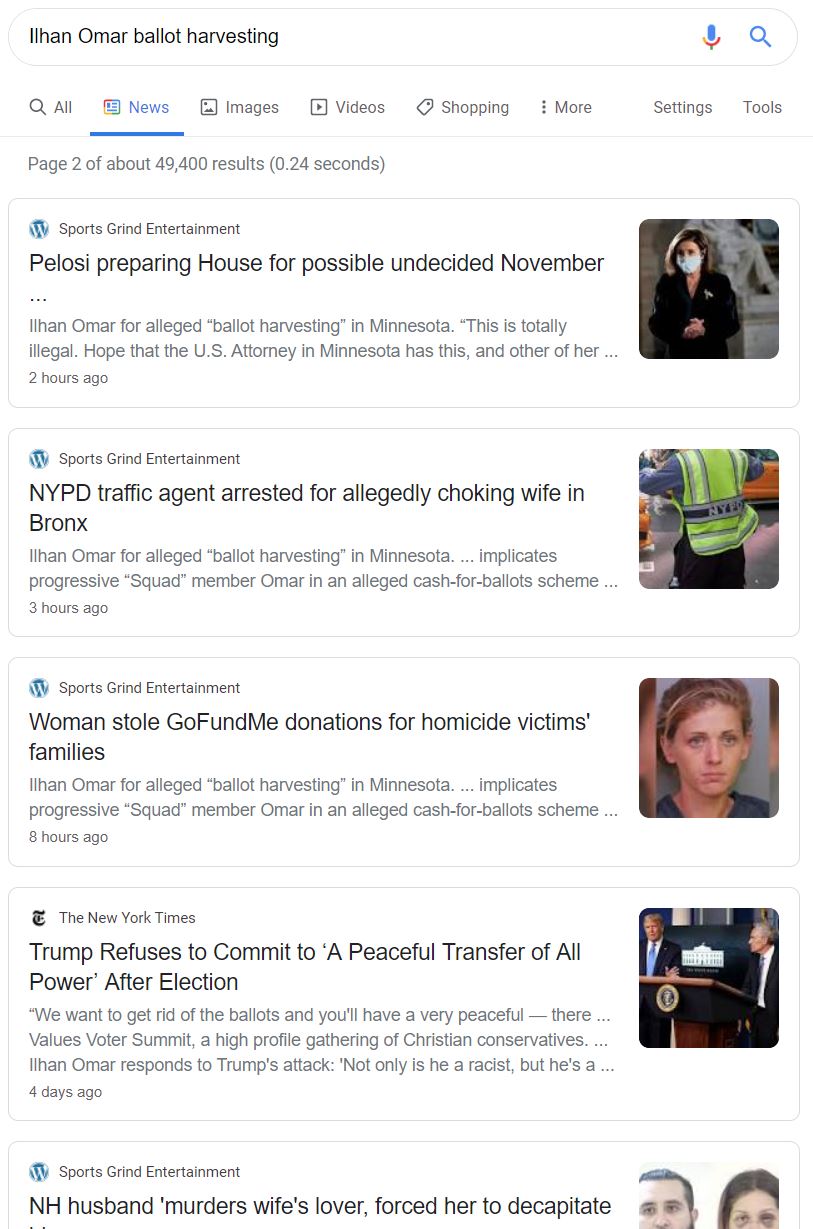 This is what the top of the ABC News home page looked like at the time of this writing.  No mention of the Omar story anywhere: 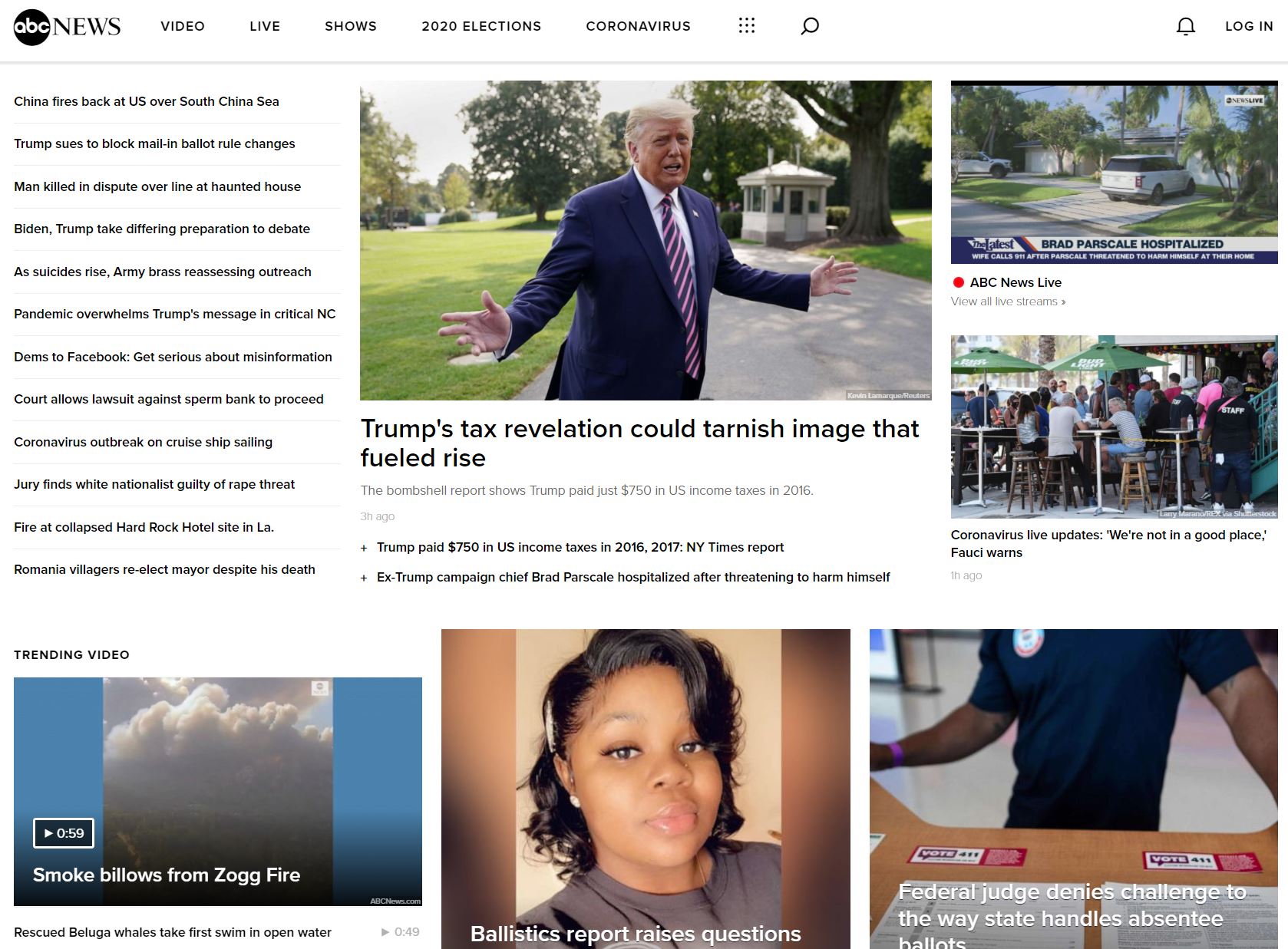 If you think Fox News is any better, you’d be mistaken.  Here’s what the top of the Fox News paged looked like at the time of this writing: 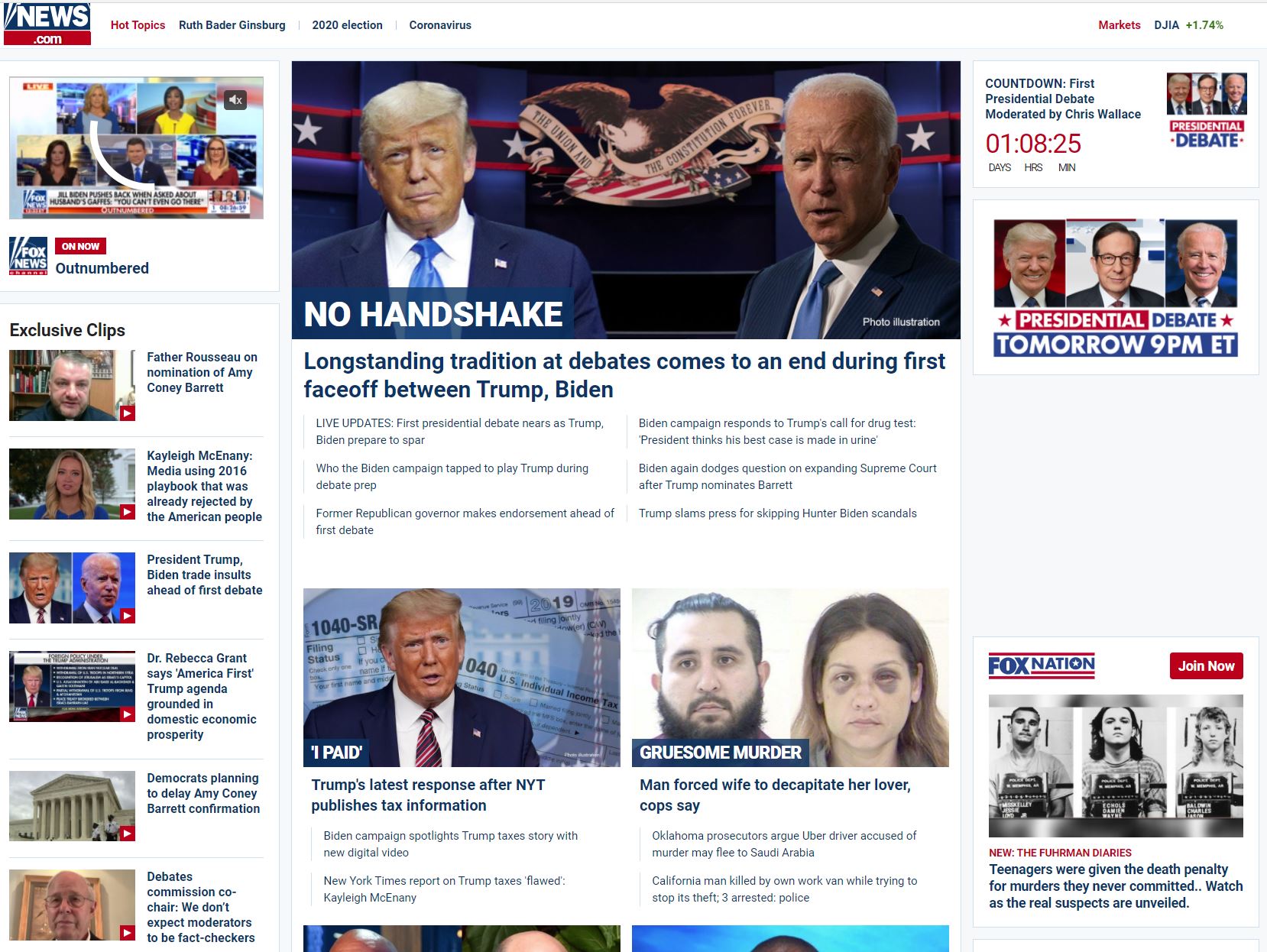 I think this story will eventually get covered by the MSM, only because Trump is going to ram it down their throats continually until they choke on it, but as you can see, there is currently ZERO coverage of the biggest news story of the year by all of the major media outlets.

This is like 9/11 happening and no one even bothering to write a blog article about it.

Here’s a list of sources you should be checking on a regular basis in order to stay informed:

To avoid news censorship, you should also take steps to start using alternative social media sites that are not censored, such as Gab, Parler, and Bitchute.  Download and use the Dissenter web browser, which adds a comments section to every URL on the internet, which can be viewed by clicking the green “D” in the URL bar of the Dissenter browser.

The Dissenter browser also uses the DuckDuckGo search engine by default, which engages in far less censorship than Google.  Dissenter also blocks YouTube ads, which results in an error when first loading a YouTube video, but all you have to do is wait a few seconds and then the actual video will load.  It has excellent ad blocking features.

This story highlights just how fake the fake news really is.  The media is controlled opposition.  They really do want to see the nation destroyed.  This isn’t a conspiracy theory any longer.

The Joe Biden campaign’s Texas Political Director has been formally accused of helping to run an illegal ballot harvesting operation, according to two separate affidavits filed Monday at the Texas Supreme Court.

Two private investigators, including a former FBI agent and former police officer, testify under oath that they have video evidence, documentation and witnesses to prove that Biden’s Texas Political Director Dallas Jones and his cohorts are currently hoarding mail-in and absentee ballots and ordering operatives to fill the ballots out for people illegally, including for dead people, homeless people, and nursing home residents in the 2020 presidential election.

The affidavits were filed as part of the class-action lawsuit against Harris County and the state of Texas, filed by citizens, called Steven Hotze, M.D. et al. Journalist Patrick Howley of NATIONAL FILE has exclusively obtained this testimony and much more evidence will be coming out in the case. Dallas Jones was named the Biden campaign’s Texas Political Director in early September.

HERE IS THE AFFIDAVIT OF PRIVATE INVESTIGATOR AND RETIRED HOUSTON POLICE OFFICER MARK A. AGUIRRE, SUBMITTED UNDER OATH. READ IT HERE: AFFIDAVIT OF MARK A. AGUIRRE “My name is Mark A. Aguirre. I am above the age of eighteen years and am fully competent to make this affidavit. The facts stated in this affidavit are within my personal knowledge and are true and correct.