Wow.  As a Navy vet, I have a little insight as to what’s going on here, and it doesn’t look good for the Navy brass.

Gateway Pundit is reporting that the commander of the SEALs, Rear Admiral Colling Green, made disparaging remarks against Trump at a command meeting after learning that Trump restored Gallagher’s rank. Then he ordered Gallagher to under go a review board that could result in Gallagher being stripped of his Special Warfare Trident and being kicked out of the teams.

When Trump learned of this, he fired back:

The Navy will NOT be taking away Warfighter and Navy Seal Eddie Gallagher’s Trident Pin. This case was handled very badly from the beginning. Get back to business!

This kind of insubordinate behavior by a flag officer against a sitting President is serious business – if true, that’s easily enough to get him stripped of his command, if not fired from the Navy directly or possibly even Court Martialed for insubordination.

I gotta say, one thing I’ve never seen a Naval officer do is talk shit about a ranking officer in front of his subordinates.  Climbing the O-ranks in the Navy is half political and half work ethic, which means officers are always bending over backwards to make sure they don’t piss off their superiors.  This kind of insubordinate behavior is very unusual.

Gallagher was railroaded in a show trial that was actually very similar to the way Roger Stone’s and Paul Manafort’s trials were conducted. The breeches of Gallagher’s rights by the prosecution were so ubiquitous that it’s hard to even count all the ways his rights were violated.

Gallagher’s attorneys just filled an IG complaint that lays out all the nefarious behavior by the various Naval commands responsible for violating Gallagher’s rights.  The complaint makes the point that the Navy did absolutely nothing to prevent further rights abuses by prosecutors and that absolutely no one was held accountable for serious breeches of rights and ethics that occurred during Gallagher’s trial.

The complaint a real page turner.  I recommend reading it for yourself.  From Gallagher’s IG complaint, it seems like much of the Navy senior leadership has been taken over by communist sympathizers. 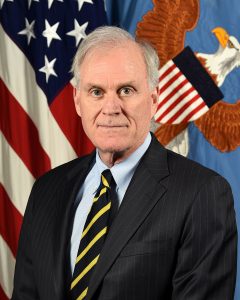 HOLY INSUBORDINATION BATMAN!  The Daily Mail is reporting that, “Navy Secretary Richard Spencer said on Friday a Navy SEAL convicted of battlefield misconduct should face a board of peers weighing whether to oust him from the elite force, despite President Donald Trump’s assertion that he not be expelled.”

Spencer should be fired immediately!!!