Pretty shocking vote the other day.  H.R.4712 -The Born-Alive Abortion Survivors Protection Act, failed to make the cloture vote after 44 democrats votes against it.

It’s a pretty simple bill that doesn’t have any strings attached.  The main clause reads as follows, “This bill amends the federal criminal code to require any health care practitioner who is present when a child is born alive following an abortion or attempted abortion to: (1) exercise the same degree of care as reasonably provided to any other child born alive at the same gestational age, and (2) ensure that such child is immediately admitted to a hospital.’ 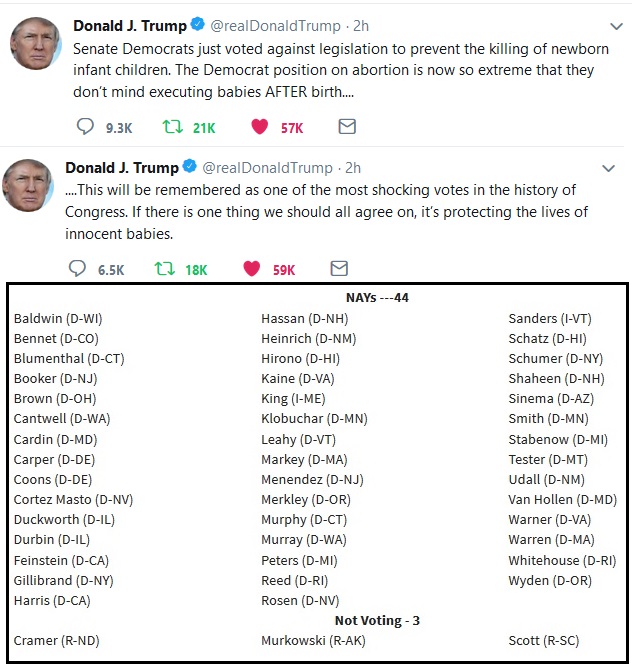