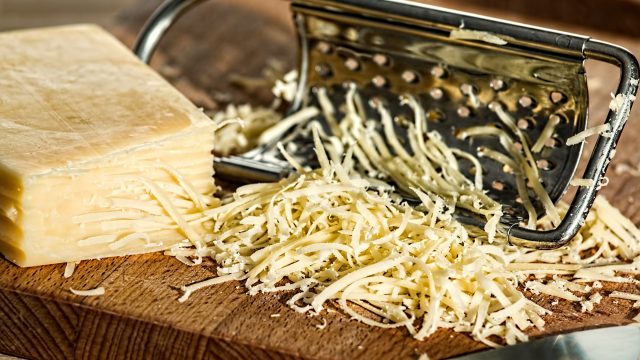 Dairy reduces your risk of stroke and has no impact on heart disease risk? Those are the claims of this latest study out of the University of Houston.  The study looked at ~2900 people who were over the age of 65 for a duration of 22 years.  They measured biomarkers of dairy consumption to estimate how much dairy each participant was consuming.  Then they plotted each person’s level of dairy consumption against their cause of death.

As you might have figured, there’s quite a few problems with the design of this study and I wanted to go over them here, lest someone be suckered into killing themselves over a milkshake.

So what’s the number one problem with this study?  Because this study is a prospective cross-sectional study, it lacks the statistical power to make any definitive statements regarding dairy consumption and cardiovascular disease (CVD) risk, as I shall further explain.

And we also know that dairy, particularly full fat dairy, is loaded with saturated fat and cholesterol.  Two slices of cheddar alone come to 60% of the recommended daily allowance of saturated fat.   This fact should be our first clue that something fishy is afoot with the design of the aforementioned study.

Given these undisputed facts, how is it possible for this study to find no correlation between diary consumption CVD mortality?

The wide variation in baseline cholesterol levels between any two people means that we expect to see no correlation between dietary saturated fat and cholesterol intake and heart disease risk when we look at a large population of people over time.  Thus, it is not surprising to see zero correlation between dairy consumption and heart disease risk in this study.

As for the study finding a drastically lower risk of stroke among the highest dairy consumers, this too is also due to statistical power problems.  Again, we have many, many studies showing a link between higher serum cholesterol levels and an increased risk of ischemic stroke. The only thing we can surmise from these findings is that it is likely that the people who were the highest dairy consumers also had lower than average serum cholesterol levels.  This could be due to numerous factors. Don’t forget that vegetarians often eat loads of dairy but no meat, which means they typically have lower cholesterol levels than your average person.

The authors of the study seem oblivious to these facts.  This too is completely expected.  To quote one paper that looked at the problem:

There is increasing concern that most current published research findings are false. The probability that a research claim is true may depend on study power and bias, the number of other studies on the same question, and, importantly, the ratio of true to no relationships among the relationships probed in each scientific field…Simulations show that for most study designs and settings, it is more likely for a research claim to be false than true. Moreover, for many current scientific fields, claimed research findings may often be simply accurate measures of the prevailing bias. In this essay, I discuss the implications of these problems for the conduct and interpretation of research.

I’m sure these researchers are good people, but they are in-fact ignorant; and in their ignorance they may lead many more people to untimely deaths.