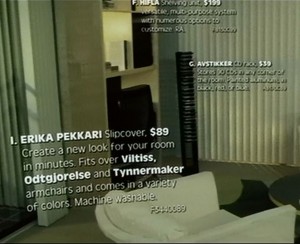 There is a part of me that has come to the realization that material things don’t really matter in the long run, since in the long run we are all dead anyways.  Material posessions always eventually degrade into the stardust they are made out of, even humans.  The world of form is temporary, fleeting, and ultimately unimportant.  You are more than the stardust you are made out of.

Rejecting the state comes naturally when you have total compassion and forgiveness for your fellow man.  A sane society would take criminals and coddle them like children who simply didn’t know any better.  We put people in cages and threaten people with violence strictly because our identities are tied to the world of form.  If people truly put the elevation of consciousness above the material, there wouldn’t be a state running around threatening people over violations of property and person.

Material things are nice, but does the theft or destruction of material property justify violent responses by society against the perpetrators?  If a child runs down the beach and destroys a sand castle that another child was building, do we throw him in a cage over it?  Of course not.  However, if a man walks down the street and breaks or steals something that took another person a few hours to create, do we throw him a cage?  What’s the difference?  The man obviously has the same level of consciousness as the child or he wouldn’t have done what he did.  And society’s response is obviously the same as that of the child who had his sand castle destroyed.  Society throws a temper tantrum and lashes out violently over the destruction or theft of “stuff”.

The realization that the material isn’t important makes writing articles that ultimately revolve around the improvement of material production to be a drag on my psyche.  I can see why the Buhddist monks limit themselves to a wood bowl and a tunic.  By rejecting material possessions, it prevents a person from identifying themselves with the things they own.  Most people in this world derive their sense of self from the things they own.  You’re not going to see a Buddhist monk pull out a gun to defend his wood bowl or tunic.  Perhaps that’s why the monks have been historically persecuted so heavily by statists.  The monks lifestyle represents the rejection of the reason to have a state in the first place.

I watched Fight Club again last night, but this time I saw the deeper meaning the author was trying to convey with the story.  It’s actually a very deep movie that revolves around identification with form.  In the movie, the narrator (Edward Norton) provides us a detailed overview of his condo, where he goes into very fine detail about all the possessions he owns and how they define him as a person; just before he blows up his condo and starts squatting in a run down abandoned building.

Consider some of these lines from the movie:

In case you forgot the plot, ultimately it’s about blowing up all the credit card buildings in order to eliminate the debt record.  In our debt = money world, such an event would not only destroy the debt record, it would also destroy the money supply.  If you follow Austrian economics, you’ll realize that the destruction of the money supply is going to happen anyways, no matter if the debt record is destroyed physically or not.  Austrian economics also predicts that the debt record is going to be wiped out through a debt default spiral, which may or may not be propped up by state sanctioned money printing.

I’m getting bombarded by signals from the universe which are telling me to stop caring about it all, because it is all self-correcting.  The material isn’t important, and what needs to happen in order for consciousness to be elevated will happen no matter what.   As the narrator says, “It’s only after we’ve lost everything that we’re free to do anything.”  I’m a firm believer that society is about to lose a lot of things that aren’t important, after which, we will be far more free than we are today.

Please take a moment to click through and read the Tao Te Ching for some ancient insights that relate directly to our modern world.