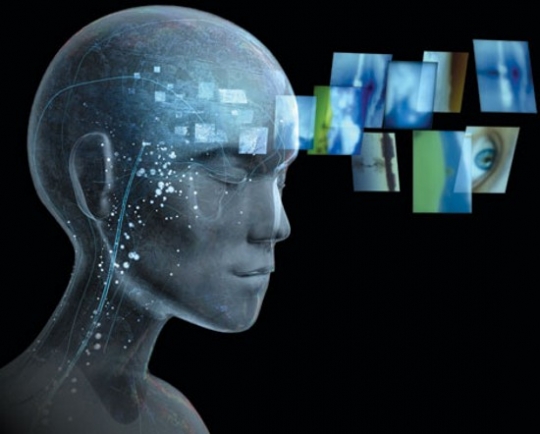 1.  n /∞ = 0   and   ∞ / n = ∞
The argument that you exist now but cease to exist in the future requires that at some point infinitely in the future you are perceived as not having existed infinitely into the past.  If you have not existed into the past from some future perspective and do not exist infinitely into the future from your current perspective then you never have and never will exist for all infinity.  Obviously this is a logical paradox that  can only be resolved by saying consciousness is external and infinite in nature.

Decoherence as an explanation results in either a many worlds or many minds interpretation.  Decoherence on its own explains nothing.  A many minds interpretation leads to a continuous infinity of minds existing in an infinite number of universes.  This leads to a system that is unable to explain single photon interference patterns in experiments such as the double slit experiment, which clearly means this is not a logical or rational description of this present physical universe.

From wiki on decoherence:

“Decoherence does not generate actual wave function collapse. It only provides an explanation for the appearance of wavefunction collapse, as the quantum nature of the system “leaks” into the environment. That is, components of the wavefunction are decoupled from a coherent system, and acquire phases from their immediate surroundings. A total superposition of the global or universal wavefunction still exists (and remains coherent at the global level), but its ultimate fate remains an interpretational issue. Specifically, decoherence does not attempt to explain the measurement problem. “…

To quote wiki on the ‘many worlds’ interpretation:

4.  Strong emergence, the supposition that new properties can emerge from component systems, is a logical impossibility.  This means that either subatomic particles must be conscious or consciousness must arise from outside the brain.  Given that there is no evidence to suggest subatomic particles are conscious and that attempting to do so by way of QM results in a logical contradiction, it is illogical to conclude consciousness is a product of biochemical processes.

5.  The number of synapses in the brain is not large enough to hold all the memories of the brain.  There is no known mechanism of memory transport in the brain.  There is no center point in the brain that can be observed to initiate conscious thought. Any attempt to explain memory as being local to the brain requires a retention of state.  If matter changes state, information is lost.  This is a fundamental proven law of the universe.  Because we know QM is not logically capable of explaining consciousness and because we know LTP is the only physical mechanism of state retention and because we know there are not enough synapses to account for human memory, it is illogical conclude that all memory is local to the brain.  If consciousness is a product of deterministic biochemical processes, this again violates logic on grounds of emergence as well as invalidating free will.

Chose wisely atheists… oops!  I’m sorry, you don’t have a choice.  Deterministic chemical processes already made that decision for you

With lack of evidence for any other theories for NDE, the thus far assumed, but never proven, concept that consciousness and memories are localised in the brain should be discussed. How could a clear consciousness outside one’s body be experienced at the moment that the brain no longer functions during a period of clinical death with flat EEG?22 Also, in cardiac arrest the EEG usually becomes flat in most cases within about 10 s from onset of syncope.29,30 Furthermore, blind people have described veridical perception during out-of-body experiences at the time of this experience.31NDE pushes at the limits of medical ideas about the range of human consciousness and the mind-brain relation.

—
Credit to William Bray for his logical rigor in helping me form these arguments, along with countless other philosophers and physicists.